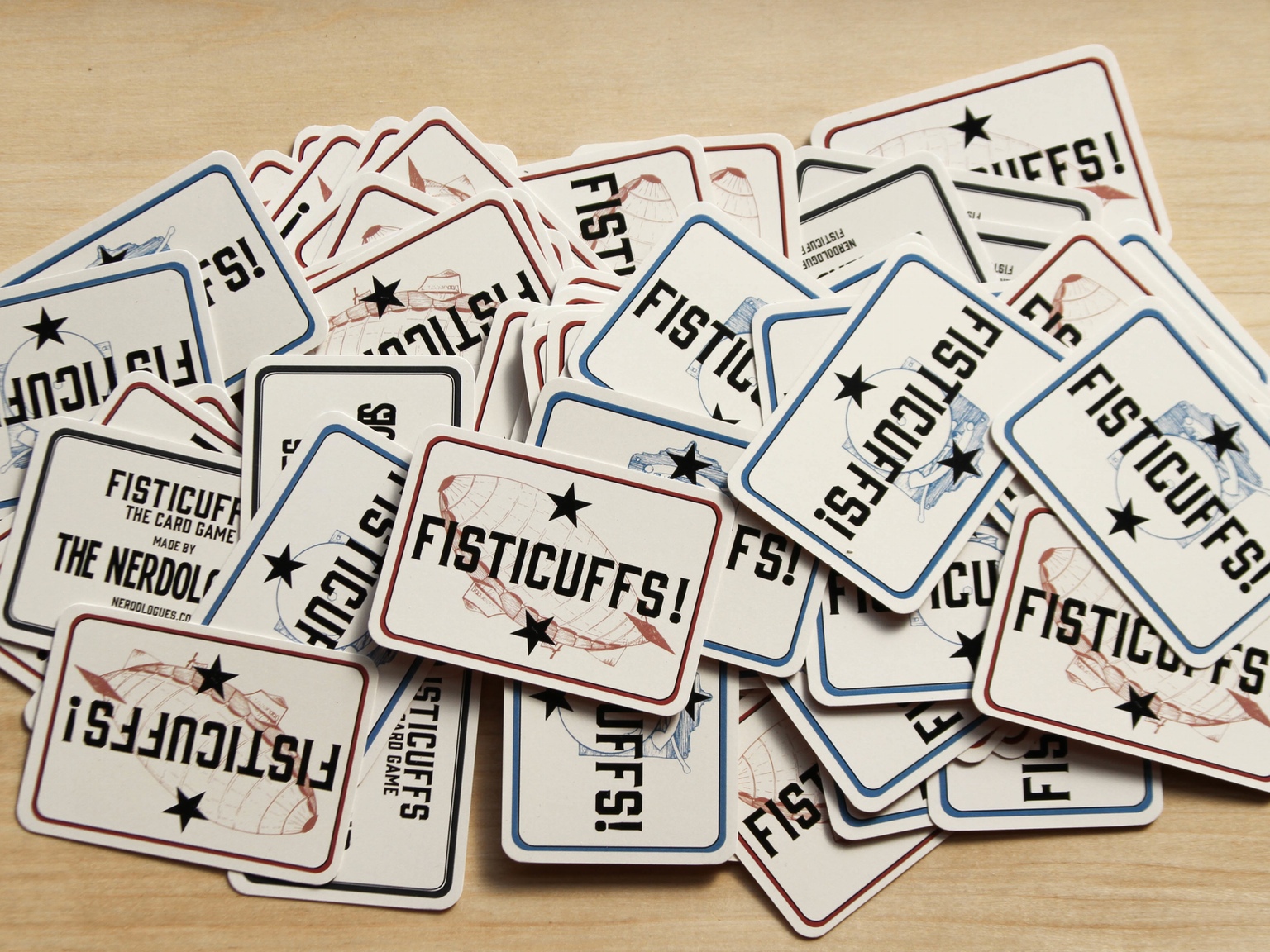 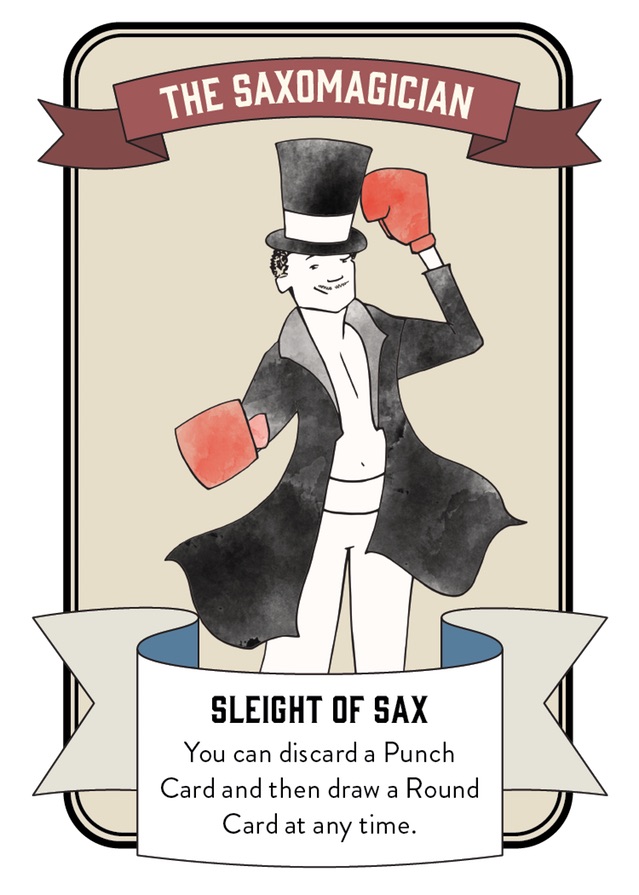 Theo Thomas lived and breathed his craft of melding traditional magic tricks with the new jazz sound of the day. He worked tirelessly on new acts while busking streets, asking passersby if their card was correct while scatting sweet saxophone melodies. Unfortunately, no one appreciated his work as much as he did, and Theo soon found himself penniless, without anywhere to go - but up. His wish - to become famous!

The Saxomagician is a cunning opponent with a constant trick up his sleeve. His ability, the Sleight of Sax, allows him to convert his Punch Cards into valuable Round Cards at anytime - meaning he can often dig for a special card to pull him out of any jam that he might find himself in.

In playtesting, Theo was often a pick for players who really understood what Round Cards were in the deck, and how to play those to affect the brawl. Theo's ability caused some of the more dynamic brawls in the game, allowing many players to come back from the brink of defeat and snatch victory from some of the more steady fighters, such as The Metal Devil or The Lion Son. The Sleight of Sax is an incredibly useful ability.

The Saxomagician lends himself well to cunning players, or players who depend on a lucky play style. Get ready to fly by the seat of your pants, you could very easily win the brawl with the next draw ...

Theo's most obvious weakness is that when he starts burning cards for Round Cards, it is usually often out of desperation. When a Theo player stops bluffing well and starts churning Sleight of Sax, everyone else can smell the blood in the water and goes for him. Don't be afraid of a churning Theo - while he may burn cards to get out of a jam, he'll also burn cards to block with and attack with. Use Round Cards like "Mirror Move" or "Mind Games" to burn Punch Cards out of his hand that he could use to trade for Round Cards. Throw Jabs, Stomps, or Spits at Theo since they're low damage and were likely traded up for Round Cards.

Our tip: Think about using your Sleight of Sax early on in a round with cards like Jabs or Spits to expand your Round Card access, but don't burn too much that you don't have any blocks or attacks. Try to stay out of fights that you can't win, and use your Round Cards to get Hydrolium Haymakers in your hand to throw out easy -4 health around that won't get you into tough spats. The best place to be as Theo is non-threatening, using Round Cards to affect the brawl as you can. If you find yourself having to dig for a "get out of jail free" card you're often doing more damage to your hand than good, so try not to dig for an out every time you're in a jam. Lastly - bluff! Theo is a magician, after all, and sometimes the best thing you can do is play against your opponent's expectations.