Tim likes xanax and video games. He hails from Minnesota, a state so cold that it forces its inhabitants inside most of the year to attempt to beat the optional bosses in Kingdom Hearts. He's lived in Chicago since 2008, and kept himself busy performing with his comedy band The Shock T's, his sketch group ATV, the improv groups A Raptor and Coup de Grace, and Talking Games. Tim wrote this at a temp job whenever people weren't walking by his desk.

Friends of the Nerdologues: Tim Dunn 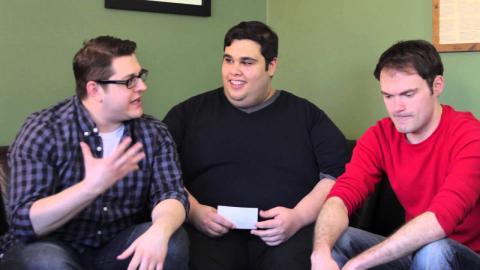 Our friend Tim Dunn came over to talk about his podcast, The Nerdologues Presents Talking Games with Tim and Clayton. Tim and Joe also happen to play Dungeons and Dragons together.

Tim Dunn - The First Time I: Ran from the Cops