MORE Best of Your Stories 2014 - the stuff that wouldn't fit! 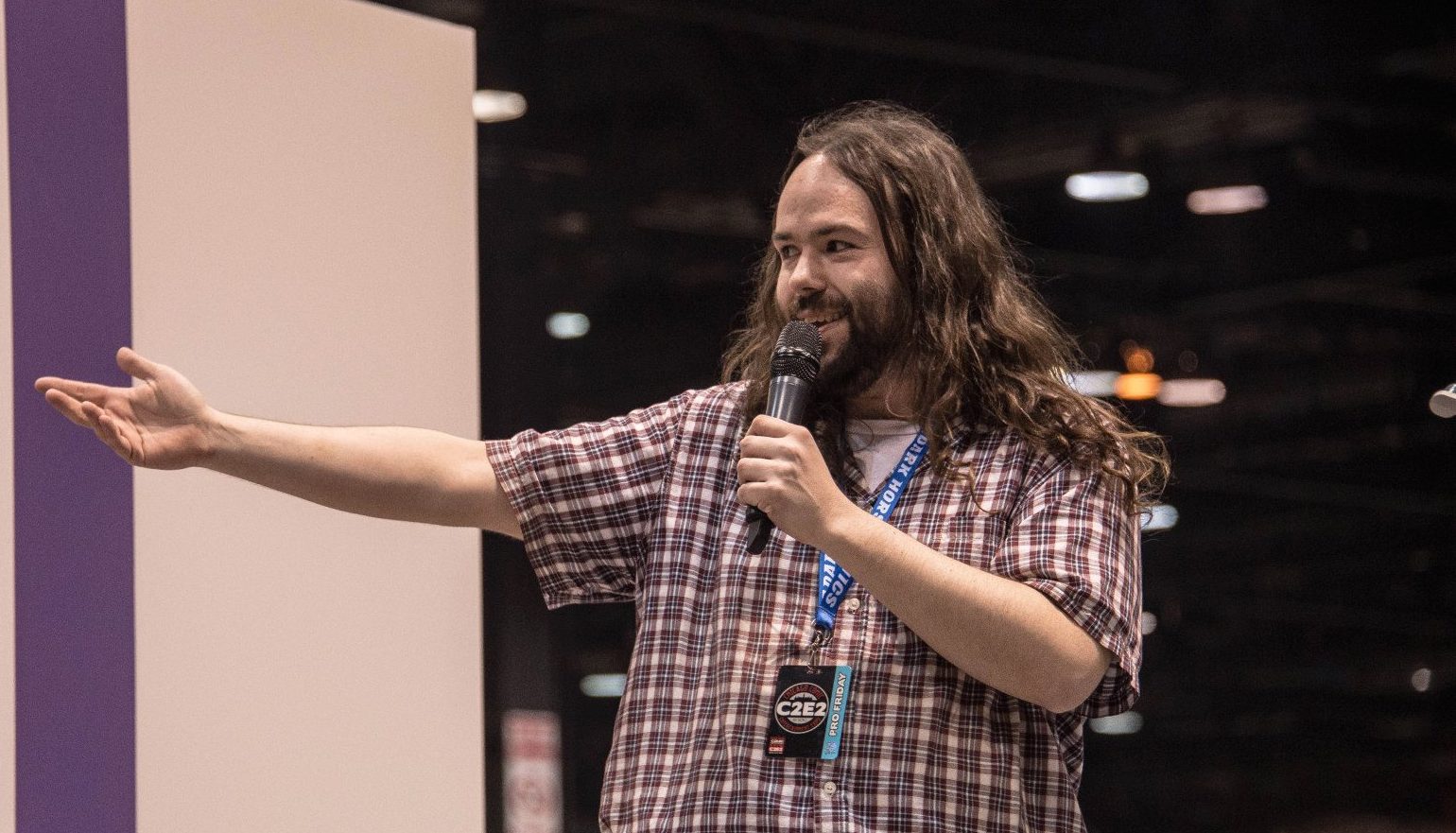 Below are a bunch of great bits from Your Stories that just didn't fit on the Best of 2014 podcast, but I didn't want the year to close out without recognizing them. A lot of the commentary here is my own (Eric's), with some interjections from Nerdologues folk Dwight Haesler and Mary Beth Smith thrown in (because they filled out fantastic end-of-year ballots).

If you missed the actual year-end podcast, it's here!

Aaron Amendola: The Worst Kind of Breakup - I mean, what can you say about this story? A girl breaks up with Aaron for cloudy reasons, then tries to have him killed. This is incredibly compelling, and it's awesome that Aaron can look back on it now with bemusement. I once had a guy call my dorm at 6 AM on a Saturday to threaten to beat me up if I kept talking to his girlfriend, and that still scares me a little.

Adam Braeckman: Gonzo - Friend Adam Braeckman emotes about the band Foxy Shazam's new album Gonzo and uses it to delve into some deeply personal issues with his father. Dwight Haesler sez: "It took a lot of courage to get up there and tell. I have so much respect for having the balls to share so much of himself with complete strangers."

Chris Crotwell: Silence - Though Chris' joint story with Shelby Mongan was a crowd favorite, this story about his response to the horrible, awful things that without fail happen to people struck a deeper chord with me personally. Chris Crotwell is a Your Stories all-star.

Claire Friedman: Steve - Claire's story of her ex Steve (who also happens to be Nerdologues member Steve) woven through the tapestry of the Upstairs Gallery, our former home that we celebrated in this year's July episode, made a lot of people's list of favorites. Mary Beth Smith sez: "I'm pretty sure Claire and Steve were dating when I met them, so their relationship has always kind of been a part of their friendship to me I think. I really liked this story. I like when people can date and then also be adults and not let it define their future when things don't work out for one reason or another. It's cool. They're good people."

Elliott Serrano: The Captains of Star Trek - Elliott's tale of a professional run-in with three men he considers heroes is sobering, insightful and wonderful. This is one I won't soon forget for sure.

Jake Allen Miller: Hulk Hogan - Hero, Heel - Jake relates a story here about his relationship with a wrestling icon that I found incredibly illuminating and great. I always wondered why there was so much crossover between comic book fans and wrestling fans. I totally get it now.

Johnny O'Mara: NPR vs. Dimension X - Not often are there full-on standing ovations at Your Stories, but here's a story that absolutely deserves it. Johnny O'Mara brings together two impeccable impressions in one incredible slashfic for the ages. For NPR, this is Ira Glass, titillated.

Kyle Talley: Kyle-on-Gambit Action, Part 2 - Kyle is never not a magical presence at Your Stories, and this steamy entry from our fanfiction night will show you why.

Mary Zee: Laundry Room - Mary and her boyfriend decide to have sex in his building's laundry room and get locked out while naked. Great set-up and fantastic execution from a collective favorite. Mary blends humor and genuine insight like few others!

Matt Young: The Matts of Different Worlds - Matt's story begins as playful metaphysical exploration and ends in real, heartfelt pathos. As a child of divorce myself, this piece really touched me.

Nathan Thompson: Spoilers - Lots of people have lots of opinions on the phenomenon of spoilers. Space Happens' Nathan Thompson (the Token Testicles of the group) shares his nuanced views here along with some personal anecdotes. Mary Beth Smith sez: "I will not soon forget the idea that spoilers are shitty because they ruin the way the person/people wanted the story to be told. I dig that."

Trin Garritano: Eddie from Akron - The sound quality on this episode is not great, it's true - but the stories were fantastic. Here, Trin relives early World of Warcraft experiences, when she first hid her gender from her fellow gamers. Mary Beth Smith sez: "Such a necessary story, and so well told."

Alone - I'm a sucker for three-part harmonies. I think this sounds really cool, even though I fucked up the solo. Fun fact: I was nervous about playing guitar this whole night because Tim Dunn was there. Tim doesn't even play guitar (I think?), but the fact that he was in an amazing band gave me a bit of the yips.

Drive All Night - Dwight Haesler sez: "I'd nominate this a hundred times if I could." Mary Beth Smith sez: "UM DUH"

Hold On - Man, Claire can fuckin' sing. This was a bit of a challenge (or at least a step outside my comfort zone) as a guitar player, and I thought all three of us availed ourselves nicely here.

Tightrope - Playing this song was an interesting challenge because the original mostly lacks a musical melody, so I had to find one. I think it came together really, really well.

The Wire - HAIM is amazeballs, no question about it. Again, I really loved the harmonies we pulled off here.

Listening back to this year's recordings, I have to pick Circus, Part 1 as my single favorite. That may not be much of a surprise - two of its songs and one of its stories are featured above - but I also think it coheres in a way that it's tough to get this show to do. Something about this night made everyone very open and earnest, more so than usual; I credit that to our special guests Upstairs Gallery, who gave us our first real home and fostered that atmosphere for all of 2012. Besides Claire's story about Steve, this episode has some incredibly great, introspective stuff from Margeaux Temeltas, Alex Honnet, and Chris Geiger, all of whose stories got nods in our end-of-the-year nominations. If someone asked me what one episode most embodied what I felt Your Stories was about from the past 12 months, I'd pick this one. Thanks to everyone who made it so great!