Mass Effect with Jenn and Trin!

This week, Tim and Clayton welcome the hosts of the Friendshipping! podcast, Jenn and Trin, who appropriately talk about the game franchise that sparked their own friendship - Mass Effect! 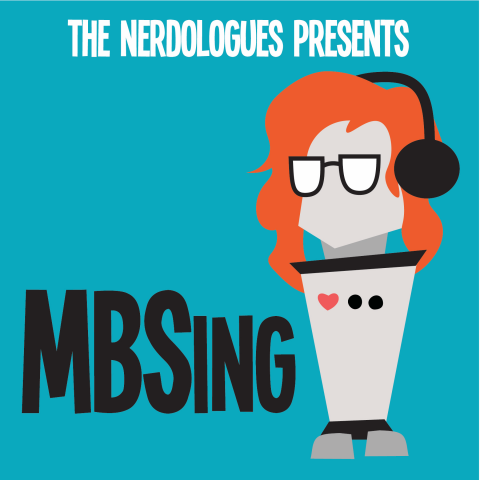 In West Chicago, born and raised, in front of a TV is where Mykele spent most of his days. He still finds plenty of time to devour television in between Chicago theatre and podcast appearances, though his focus has shifted from Pokemon, Good Times, and Blossom to shows like Game of Thrones, Mad Men, and The Following, and the medium itself has shifted from tuning in to Nick at Nite and watching whatever was airing to being able to have pretty much whatever show he wants available to him at pretty much any time.

This week, Talking Games welcomes James D'Amato, host of the One Shot and Campaign podcasts and professional role-player!

This month, some of the super-creative people behind the Chicago Podcast Coop (plus other friends) share hilarious, awesome, and occasionally shocking stories from their lives!

Jo and I love food and chatting, so I think that makes us a regular ol' pair of Gilmore Girls. As far as I can gleen, anyway. I have never seen Gilmore Girls. But Jo has seen it all dozens of times and enjoys exploring its strengths and weaknesses (there's no way every person in Stars Hollow, CT, has that deep of a reference chamber in conversation, but it sure is fun to witness the writing anyway) as well as appreciating some of its biggest themes in her own life.

"In an alternate universe I could have been a personality scientist."
Clip

From the episode
December 2013: Across the Universe, Part 2
Storytellers Mary Beth Smith

Nerdologues member Mary Beth Smith ponders numerology and delves into her personality type, the Helper, in this tale that speaks to her drive of finding fulfillment through hosting a podcast.

This episode, the Nerdologues and friends celebrate one of the mainstays of this podcast, Dwight, on his 30th birthday!

The Shit Hole is a renegade comedy space all about going hard until you get better and supporting one another along the way. Its creators/producers/heart (Zach Bartz, Kevin Gerrity, and Dan Wilcop) can't find the end of the list that compares these ideals to those of skateboarding.